Welcome to the Current Affairs Section. 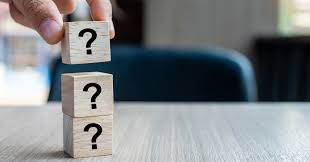 He was elected the BJP legislature party leader on May 14  evening, hours after Biplab Kumar Deb’s resignation from the post. The developments come just months ahead of Assembly elections.

Saha, the 67-year-old dentist-turned-politician, was elected to Rajya Sabha on March 31. He took over as the state BJP chief last year and is a confidant of Deb.

The HS200 is the human-rated version of the S200 rocket booster of satellite launch vehicle GSLV Mk III, popularly known as LVM3, the Bengaluru-headquartered space agency noted in a statement.

The event was witnessed by ISRO Chairman and Secretary in the Department of Space, S Somanath, and Director of Vikram Sarabhai Space Centre (VSSC) S Unnikrishnan Nair along with other ISRO scientists.

The design and development of the HS200 booster were completed at VSSC, Thiruvananthapuram and propellant casting was completed at SDSC, Sriharikota.

The S200 motor, which is the first stage of the LVM3 launch vehicle intended for launching a 4,000 kg class satellite to the geosynchronous transfer orbit, was configured as a strap-on rocket booster.

Based on the successful launch pedigree of this launch vehicle including the Chandrayaan mission, the LVM3 has been identified as the launcher for the Gaganyaan mission.

For the manned space mission, LVM3 launch vehicle underwent improvements stipulated by the requirements of human rating, it was stated.

Accordingly, a host of design improvements aimed at increasing the safety and reliability of various systems were implemented in the S200 booster like all other systems.

The control system used in this booster employs one of the world's most powerful electro-mechanical actuators with multiple redundancies and safety features, ISRO said.

The system is indigenously designed and developed by ISRO in participation with various industries spread across the country.

The railway ministry terminated the services of 19 officers under section 56(J)/(I), Rule 48 of Central Civil Services (CCS) Pension rules, and 1972 under periodic review of government servants.

They were posted in various zones including the Central railway, North Frontier Railway, Southcentral Railway, Eastern railway, Northern Railway and other wings. Out of 19, 9 terminated officers of railways were of additional and joint secretary levels.

Apart from termination of 19 officers , 77 other rank railway officials have so far been given the premature retirements under VRS category in the last 11 months in Indian Railway since Ashwini Vaishnaw took over the charge of the railway ministry under Modi government.

The ministry of Railway said that the government gets an absolute right under section 56(J) to force employees or official to take VRS on the ground of lack of effectiveness in duty.

The termination services of 19 officers come close on the heels of a recent periodic review meeting of union railway minister Ashwini Vaishnaw, held with the general  managers (GMs) of all zones, in which the minister had reportedly warned the officials to ‘perform or take rest home at homes’.

Though, railway cited the inefficiency and poor performance in duties as reasons behind the approval of premature retirement to those officials, reliable sources said that majority of them, who had taken the VRS, were under extreme stress and faced unbearable workloads with the launch of many projects. 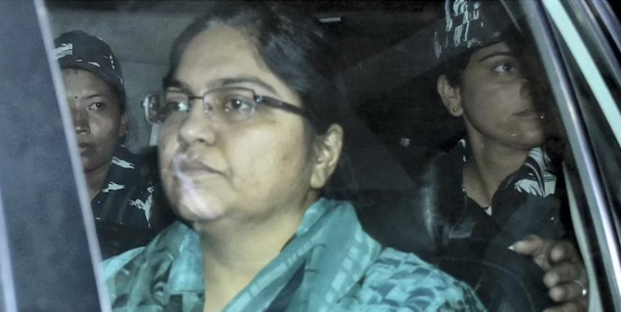 A day after Enforcement Directorate arrested mining secretary Pooja Singhal; Jharkhand Government suspended her from immediate effect. The ED, after an interrogation for over 15 hours, arrested Singhal in money laundering case linked to alleged embezzlement of MGNREGA funds and other charges. Read More..

A day after Enforcement Directorate arrested mining secretary Pooja Singhal; Jharkhand Government suspended her from immediate effect. The ED, after an interrogation for over 15 hours, arrested Singhal in money laundering case linked to alleged embezzlement of MGNREGA funds and other charges.

The 2000-batch Indian Administrative Service (IAS) officer was taken into ED custody under the relevant sections of the Prevention of Money Laundering Act (PMLA).

Union Minister Nitin Gadkari has announced an ambitious target of constructing 18,000 km of national highways in the ongoing fiscal by paving roads at a record speed of 50 km per day. Read More..

Union Minister Nitin Gadkari has announced an ambitious target of constructing 18,000 km of national highways in the ongoing fiscal by paving roads at a record speed of 50 km per day.

The Ministry of Road Transport and Highways is looking to develop two lakh km of highways in the next three years as the aim is to expand the network of trunk roads for facilitating inter-state movement of passengers and goods across the country, he said.

The road transport and highways minister emphasised that construction of world class road infrastructure in a time bound and target oriented way is essential. Gadkari went on to compare it as the ‘Atma’ (soul) of an ‘Atmanirbhar Bharat’ (a self-reliant India).

At present, India has approximately 1.40 lakh km of national highways, including expressways. While highways or expressways constitute only about 1.7 per cent of the length of all roads, they account for about 40 per cent of the road traffic.

While the ministry had earlier set a record of constructing 37 km per day during 2020-21, the waves of Covid pandemic had slowed down the progress and approximately 26 km of road were being built per day.

At present, the total length of NH (including expressways) in the country is approximately 1. 40 lakh kms

Despite being showcased in a large number of movies,  be it Bollywood or regional cinemas, the picturesque Kashmir Valley has been missing a pan-India platform for local as well as other filmmakers to exhibit their works. This is poised for a change soon. After unveiling its maiden film policy last year, the Jammu and Kashmir administration is organising the first-ever national film festival in Srinagar from June 15-20. Read More..

Despite being showcased in a large number of movies,  be it Bollywood or regional cinemas, the picturesque Kashmir Valley has been missing a pan-India platform for local as well as other filmmakers to exhibit their works. This is poised for a change soon. After unveiling its maiden film policy last year, the Jammu and Kashmir administration is organising the first-ever national film festival in Srinagar from June 15-20.

The festival is being organised by the J&K administration in association with the National Film Development Corporation. According to officials, the idea is to highlight the “film, music and creative ecosystem” in the Union Territory. Filmmakers have been invited to submit their original films – fiction, documentary, short film and music videos – for the 1st National Film Festival of Jammu and Kashmir.

The other objective of organising the film festival is to recognise Indian talent in music, feature, short and documentary film-making; provide opportunities to the sparsely-located film-making community of the J&K through networking and collaborative projects; to develop the skill of filmmaking using minimal/efficient resources; locating young and fresh talent in filmmaking/music industry in J&K.

According to officials, over 40 awards in three sections --- feature film, non-feature film (short films and documentaries) and music videos would be given away during the film festival and the winners would also receive cash prizes.

The organisers have made it mandatory for all films to be screened to carry English subtitles. Films not having English subtitles would be disqualified from the festival. As per the J&K Film policys unveiled last year, filmmakers would be provided subsidy for shooting films, serials, web series and documentaries and also would be provided free-of-cost security during the shoot.

Singing the national anthem has been made mandatory in madrasas across Uttar Pradesh, the state Madrasa Education Board said in an order. The order will be applicable to all recognised, aided and non-aided madarsas.

SN Pandey, registrar of the Uttar Pradesh Madrasa Education Board, had issued an order in this regard to all the district minority welfare officers on May 9.

As per the order, in the wake of the decision taken at the board meeting on March 24, the national anthem was made mandatory at the time of prayer in all madrasas from the new academic session.

According to Pandey, during the month of Ramzan, the madrasas had holidays from March 30 to May 11 and regular classes started from May 12. Therefore, the order came into effect on may 12.

The national anthem will be played before the start of the classes in the morning, according to the decision taken in the board meeting on March 24. District minority welfare officers will have to monitor regularly to ensure compliance with the order.

According to office bearers of the Madrasa Teachers Union, till now in madrasas, usually Hamd (praises to Allah) and Salam (greetings of Muhammad) were read before the start of classes. In some places, the national anthem was also sung but it was not compulsory. But now, it has been made mandatory.

Minister of state for minority welfare Danish Azad Ansari said the government wanted the students of madrasas to be imbued with the spirit of patriotism.

At present, there are a total of 16,461 madrasas in Uttar Pradesh, out of which 560 receive grants from the government.

The UAE's long-time de facto ruler Sheikh Mohamed bin Zayed Al Nahyan was elected as president on  May 14 ,  a day after the death of former leader Sheikh Khalifa. Read More..

The UAE's long-time de facto ruler Sheikh Mohamed bin Zayed Al Nahyan was elected as president on  May 14 ,  a day after the death of former leader Sheikh Khalifa.

Sheikh Mohamed was elected by the Federal Supreme Council,  becoming the ruler of the oil-rich country founded by his father in 1971.

Sheikh Mohamed, often known as 'MBZ', met members of the Federal Supreme Council, made up of rulers of the UAE's seven emirates, as the oil-rich country enters a period of mourning for his half-brother Sheikh Khalifa.

His ascension, which was widely expected, formalises his position as leader of the desert state of 10 million after years of calling the shots while Sheikh Khalifa was sidelined by poor health.

Under his low-key direction, the United Arab Emirates has put a man in space, sent a probe to Mars and opened its first nuclear reactor, while using its oil-funded clout to develop a more assertive foreign policy.

Closely allied with Saudi Arabia, it has emerged as a leader of a reshaped Middle East since the retreat of traditional powers and the reduced involvement of the United States, forging ties with Israel and joining a war against Iran-backed militants in Yemen. 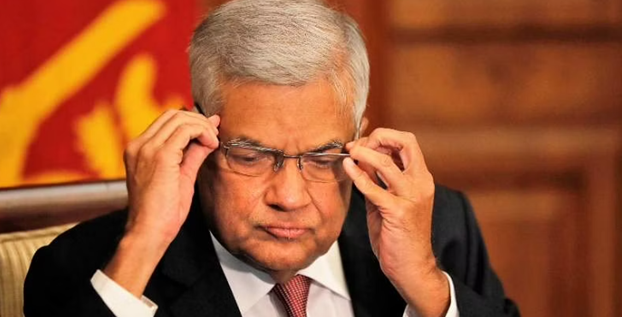 Sri Lanka's ruling SLPP party has decided to offer crucial support to new Prime Minister Ranil Wickremesinghe, who has just one seat in Parliament, to help him prove a majority in the House. Read More..

Sri Lanka's ruling SLPP party has decided to offer crucial support to new Prime Minister Ranil Wickremesinghe, who has just one seat in Parliament, to help him prove a majority in the House.

The 73-year-old United National Party (UNP) leader was appointed as Sri Lanka's 26th prime minister on  May 12  as the country was without a government since May 9  when President Gotabaya Rajapaksa's elder brother and prime minister Mahinda Rajapaksa resigned after violence erupted following an attack on the anti-government protesters by his supporters.

The ruling Sri Lanka Podujana Peramuna (SLPP) claims to have 114 seats, one more than the 113 required for a majority in the 225-member Parliament. There are 42 independent members. The SJB has 54 seats. The Janatha Vimukthi Peramuna (JVP) has 3 seats while Tamil National Alliance has 10 seats.

In the last election, Wickremesinghe's UNP managed to win just one parliamentary seat, leaving him its sole representative in Parliament.